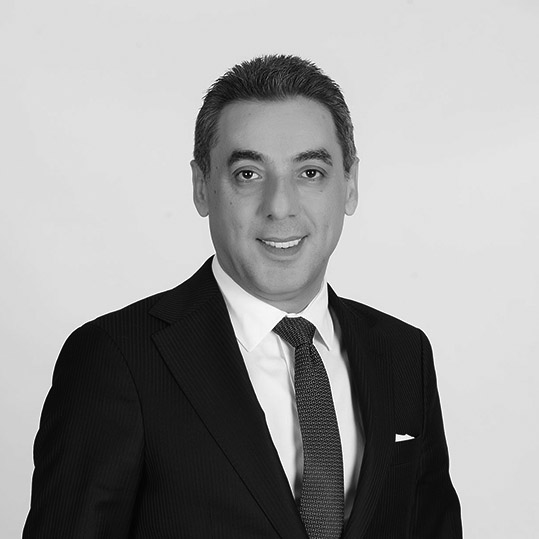 Chairman of Board of Directors

Murat Zaman, who was born in 1973, graduated from Istanbul University, Department of Public Administration in the Faculty of Political Sciences in 1997. He completed his master’s degree in Capital Markets and Stock Exchanges at Marmara University, Institute of Banking and Insurance in 2006. He is pursuing his studies as a PhD student at Marmara University in the same department and lectures in this field at the same university. He started his professional career in capital markets in 1998, in various positions in asset management, stock market, research and strategy departments and worked as a fund manager. He worked as a fund manager and department manager in the Stock Market of the Fund Management Unit at AK Portföy between 2002 and 2010, and was the Deputy General Manager in charge of Asset Management at EVG Yatırım A.S. between 2011-2012. Then, between the years of 2012 and 2019, he continued his portfolio management career as the Deputy General Manager (CIO) in charge of Asset Management at Halk Portföy Yönetimi A.S. In 2019. He became the Deputy General Manager, responsible for various departments and CFO at Halk Yatırım Menkul Değerler A.S. Both in his academic endavours and his long years of experience in business, his main areas of focus have been financial markets and financial instruments and his work has cast new lights in these areas. He has been appointed as the General Directorate of the Ministry of Treasury of the Republic of Turkey and the Financial Markets of the Foreign Exchange Department since August 2019. 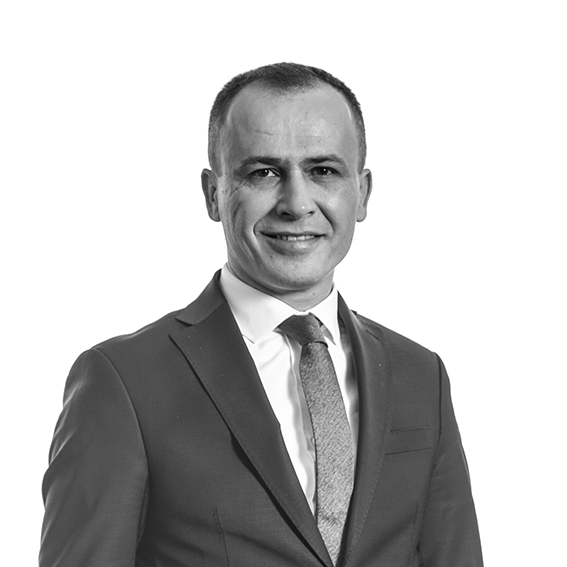 Born in Kepsut/Balıkesir, in the year 1979. He graduated from Ankara University, Faculty of Law in 2000. After briefly working as a lawyer, he began his banking career in Vakıfbank as a deputy inspector in 2003. After his role as an inspector, he served as Follow-up Team Directorate, Compliance and Legislation Monitoring, Credit Monitoring and Follow-up Office and Internal Control, respectively. He also served as the Deputy General Manager of Güneş Sigorta and Board Member at Vakifbank International AG-Vienna. He is currently working as an advisor in the Ministry of Treasury and Finance. 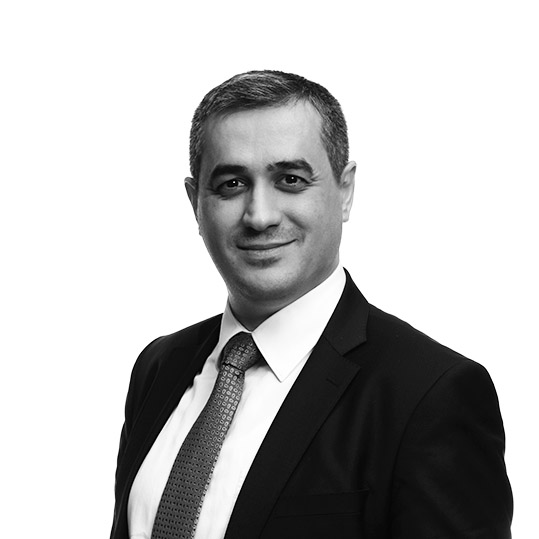 Hakan Ertürk, who was born in Ankara in 1977, graduated from Ankara University, Faculty of Political Sciences, Department of Economics in 2000. From 2006 to 2008, he successfully completed an MBA (Finance) program in University of Illinois in the United States. He successfully completed his Business Administration doctorate program at Ankara University, Institute of Social Sciences in 2018 with his doctoral dissertation in the field of venture capital. In September 2000, he started his professional career at CBRT and having passed Intern Treasury Controller Exam, soon occupied a position at the Undersecretariat of Treasury. He worked as an Intern Treasury Controller between 2000-2006 and as an Internal Auditor between 2009-2011. In 2011 he was appointed to the Undersecretariat of Treasury Financial Instruments and Markets Development Department. In 2016 he served as a substitute for the General Manager of Financial Markets and Foreign Exchange. During this period of working as the General Directorate, he played an important role in bringing many new financial instruments which faciliated access to finance to our country. He managed and assisted in the formation of the basic frameworks of the individual participation capital system (Angel Investors), venture capital funds programs to support the fund (Venture Fund of Capital and Fund), the subsidized loan on Portfolio Gurantee System, the Secured Transactions and General Registry System and Turkey Investment and Development Bank site in Turkey, he actively participated in the creation of the foundation of the legal infrastructure of the Development Fund. Within the scope of the duties under the position of the General Directorate, he prepared and executed the foreign exchange system regulations and the works of the financial stability committee. During his tenure, he actively contributed to many regulations related to financial markets. Since August 2019, he has been acting as the Head of the Central Finance and Contracts Unit which is responsible for the execution of European Union Programs. While being married and having three children and speaks English well. 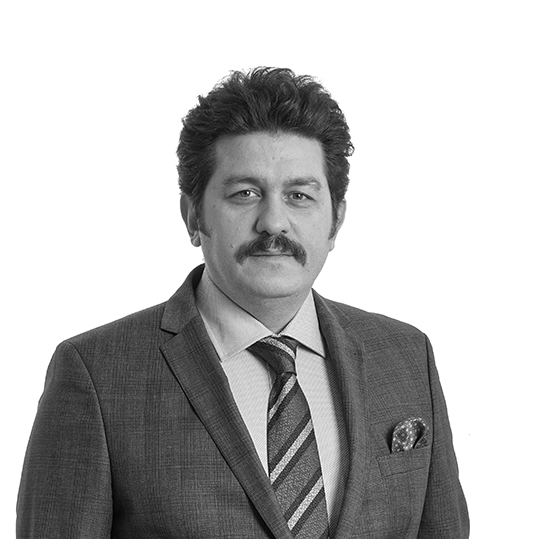 Born in Istanbul on 01.07.1980, Recep Ali ERDOĞAN has graduated from Department of Public Administration at Anadolu University and consequtively he took master's degree in Business Administration.

In 2002, he started his career at KOSGEB Boğaziçi University Technology Development Directorate and resumed his duty as assistant specialist in the Budget and Performance Service of Strategy Development and Financial Services Department at KOSGEB from 2007 to 2010. He served as Legal Affairs Manager and In-Service Training Manager between 2010 and 2014.

From 2014 to 2016, he served as Head of Human Resources Department and Head of SME Finance Department at KOSGEB. He has been carrying out his duty as Vice Chairman of KOSGEB Administration since 09.06.2017.

He is also the President of the Association for the Cooperation and Solidarity Alliance for the Members of Small and Medium Scale Enterprises Development and Support and is a Board Member in Federation of School Sports.

He is married and father of two children. 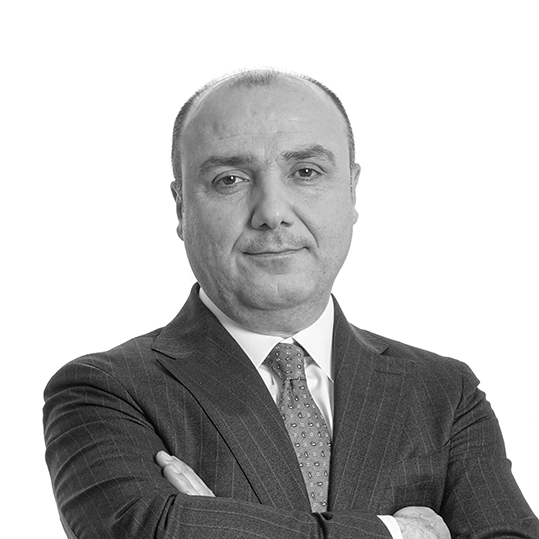 Born in Samsun, in the year 1971, graduated from Erciyes University Faculty of Economics. In 1998, he started his career as assistant specialist in Pamukbank. Later, he served as credit and project evaluation manager in Halkbank. Between 2010 and 2012, he continued as Kayseri Commercial Branch Manager. In 2012 he became the Entrepreneurship Credit Allocation & Management Division Head at Ziraatbank. In 2016 he was appointed as Regional Coordinator at the same bank. On the 18th of July, 2017 he was assigned as the Deputy General Manager for the Marketing Department at Ziraat Participation Bank. 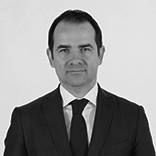 He worked as a Business Development Engineer, Project Engineer and Project Manager in different projects in the USA. He started working at McKinsey&Company in Istanbul in 2002, and has been consulting for the leading financial institutions in Turkey and the world on strategies, marketing and mergers. In 2008, he started working as the Group Manager in charge of Housing and Consumer Loans at Finansbank A.Ş. 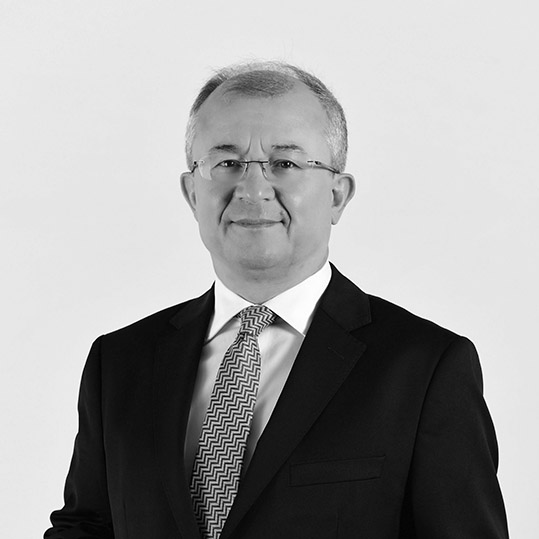 Board Member and General Manager

Kasım Akdeniz who was born in 1966 in Izmir, graduated from Dokuz Eylül University. Akdeniz started his professional career at Yapı ve Kredi on the Inspection Board in 1987. Between the 1996 and 2011, he held managerial responsibilities, working as manager, director, and group head primarily for the generation of credit products and processes, establihment and management of the credit allocation and monitoring systems, formulation of credit policies as well as in compliance. During this period, he served as a member of Working Groups within the Banks Association of Turkey in regards to the preparation of the Banking Law and its sub-regulations, within KKB in regards to the establishment of the Corporate Bureau, Intermediary Costs on Credits, and Credits and Provisions. He also served as the Chairman of the Credit Guarantee Fund Working Group and the Risk Center Working Group.

In 2007, Akdeniz was the Chairman of the Board of Directors of KKB Kredi Kayıt Bürosu A.S and Board Member between 2005-2011. Kasım Akdeniz who was appointed General Manager of KKB in October 2011, performed this duty until March 2020. As of this date, Akdeniz has been working as the General Manager and Member of the Board of Directors of Kredi Garanti Fonu and he is married and have a child.